​The DCA discovers the Baltic 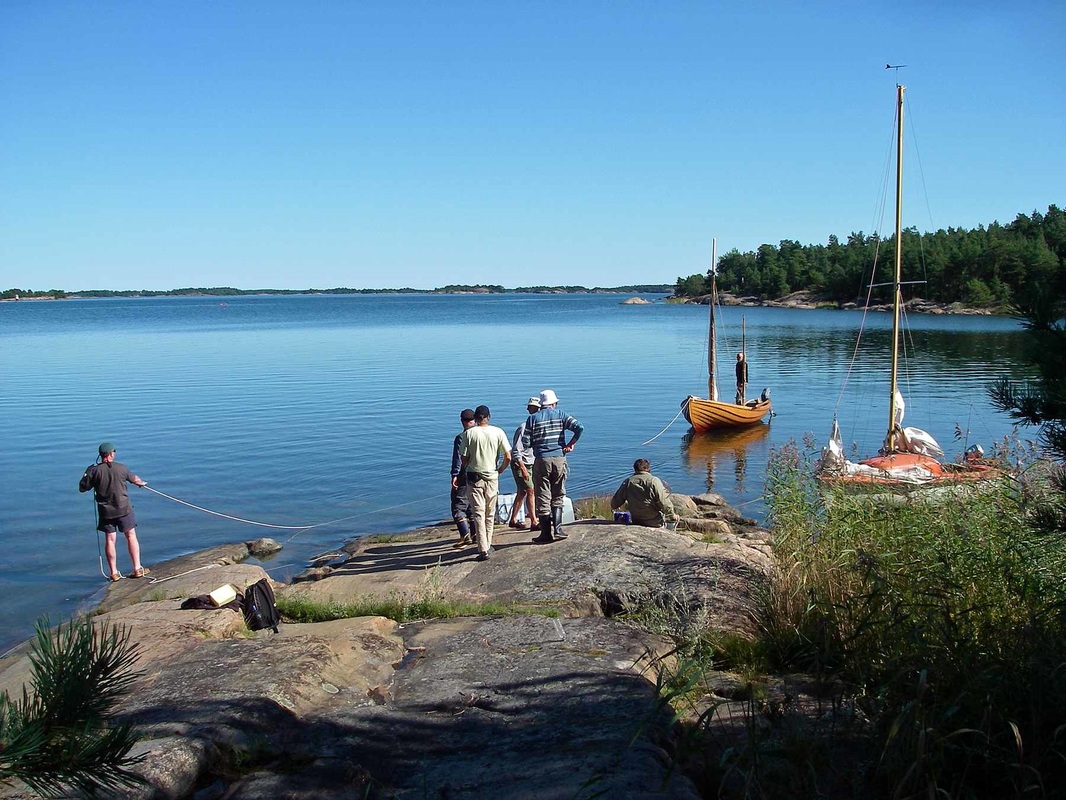 While the most popular events in the DCA calendar are the rallies organized by our five regional groups, some of us like to spread our wings occasionally and range a little more widely, writes Keith Muscott.

In 2009 we were invited to sail in the Swedish archipelago south of Stockholm. One in nine Swedes owns a boat but none of them contemplates cruising in sailing dinghies. Local sailor Arne Rudström decided it was time to change that.
​Arne’s sailing club is in the village of Nävekvarn, fifteen kilometres from his home. From there in the Bay of Bråviken we would set out for the archipelago, or at least for the middle islands and the group south of Arkösund. Arne, ably supported by his wife Anne-Sophie, laid on a variety of boats for us and took infinite care in planning the week’s schedule. 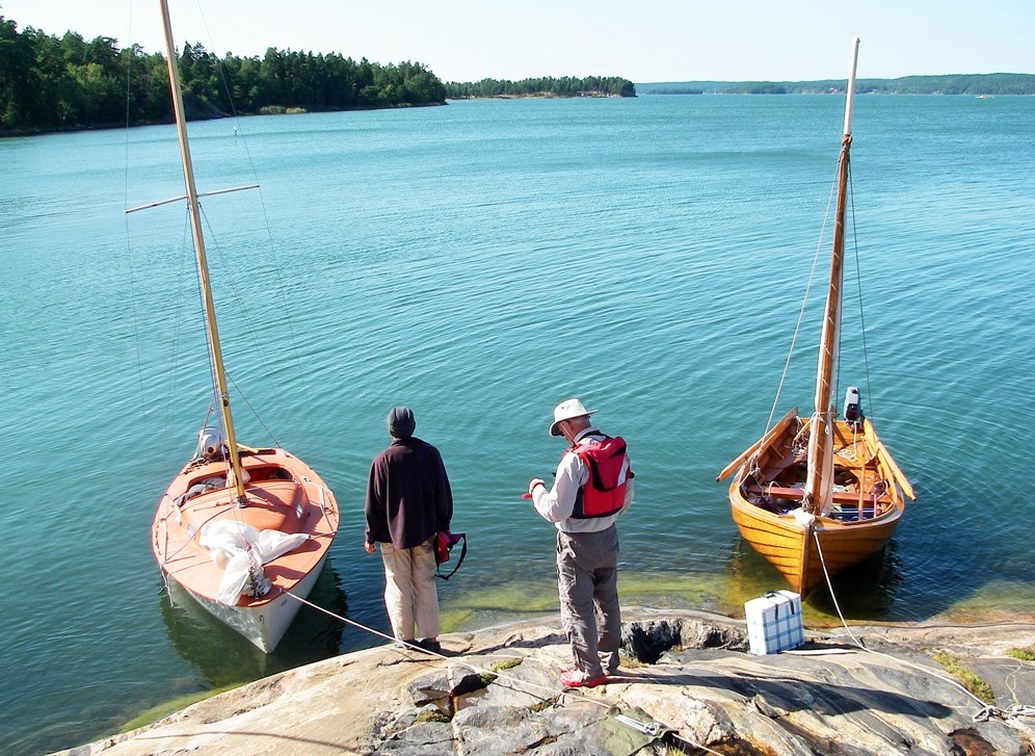 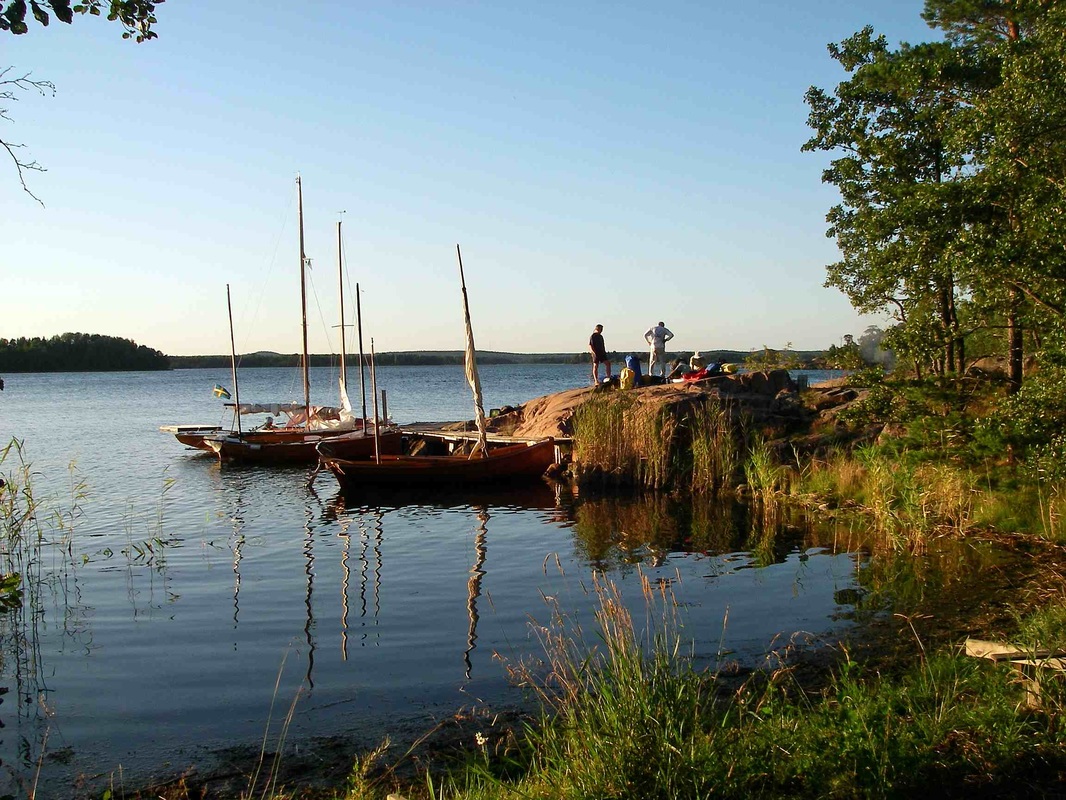 On Stora Bosö
The shores are glacier-smoothed whalebacks of pink and grey striped granite backed by thick forest. The ancient pines, junipers, rowans, blueberries, mosses and fungi – known as ‘mossa och lavar’ – are undisturbed. Gathering blueberries for breakfast was a daily treat. The trick is to use the head of a lawn rake in one hand to comb the berries from the bushes into a bucket held in the other.

​.Although they are confusingly similar from a distance, the islands reveal their true identities on closer acquaintance. Stora Bosö, an ideal forward base, boasts a jetty and a large shelter like a scout hut, but it is small enough to walk around in an hour. 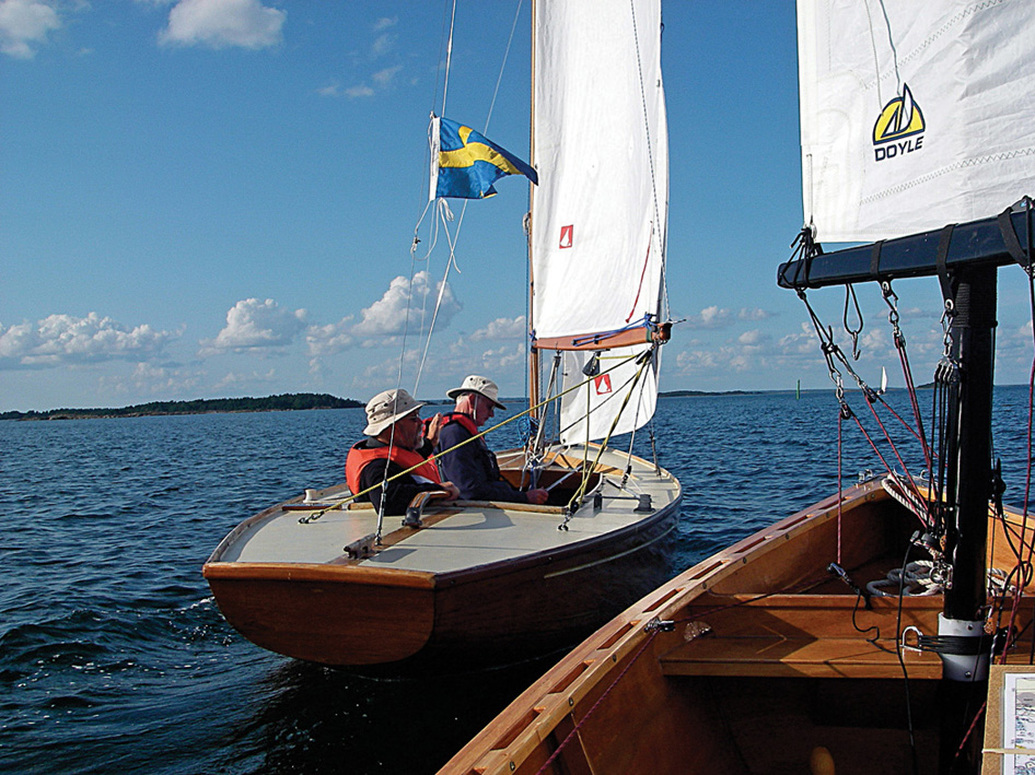 The Apple 16 VIPS closes with Älvan, a 1950s Norwegian BB11, to discuss the chart
First published in Watercraft as The DCA Discovers The Baltic